A career path with curves

Do What You Love, Not What You Think You Should. Your career path does not need to be a straight line.

“Eight of the ten things you have decided about yourself at the age of twenty will, over time, prove to be false. The other two things will prove to be so true that you’ll look back in twenty years and howl.”

What advice would you give to your younger self? I always thought that question was trite and ridiculous but now at age thirty-three it makes a little bit more sense to me. For as long as I can remember I’d always wanted to be a teacher. I went through high school and the idea of going to a four-year university was basically a no- brainer, I was on the straight and narrow career path.

Go to college. Graduate. Get your dream job. Live happily ever after. 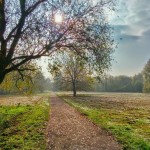 If I could give my younger self one piece of advice, it would be this: Don’t put pressure on yourself to do the things that you think you’re supposed to. And there’s no set order in which you have to accomplish the goals that you set for your career path. And your dreams and goals can change over time. But my younger self probably wouldn’t have listened to me anyway. Because let’s face it, as a college freshman you think you know everything and it isn’t until about your junior year that you look back and realize how little you actually knew.

So, I graduated from high school, went to college, transferring a couple of times a long the way. Unlike most undergraduate students,  I never changed my major. I enjoyed my studies in English Education, excelled in my classes, and developed lasting friendships, many of which I still have today. I was so confident that I was on the right career path. I’d never wanted to do anything else. I’d never wanted to be anything else.

I was certain that I’d find a job in my field of choice within a year of finishing college.

After all that was what all my professors had told me.

So it had to be true right? 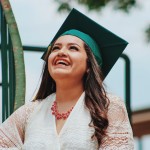 But after five years of diligently staying on my career path and applying for every teaching job I could find, and using every networking source I could. I was still unemployed. My career path took it’s first big curve. It got to the point where I was no longer looking for my dream job; I was looking for any job.  I began volunteering at a local hospital and found that something that started as a way to pass the time turned into something I actually enjoyed. When I wasn’t working at the hospital, I was still applying for teaching jobs. Eighteen months later, I was hired. But not in a teaching position….I started writing.

I’d always liked writing but I never thought you could make a career out of it.

But I was wrong. 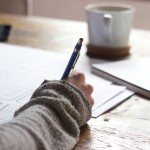 I started freelance writing and editing. At first it was a good way to keep my skills sharp for the time when I would eventually step into the classroom. But, although teaching remains an aspiration of mine, I’ve found that writing has become my true passion. I published my first novel in July 2015, and I continue to work as a freelance writer and editor. I work from home most days and set my own hours. That being said,  I work just as hard, if not harder than someone with a nine to five job.  But I love it.  I’m happy.  So do what you love, not what you think you should. 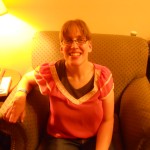 Amy Beth Outland is a freelance writer and editor with social media experience and a B.A. in English and Type: 09 teaching certification from Illinois State University. She has worked as a freelance writer and editor for both Writer.ly and Gather.com. Amy has also had several poems published in the Chicago based fine arts journals. Her first novel I’m Not Broken is available now from Amazon.com. You can follow Amy on Twitter @amypond27 or find her on Facebook, Google + or LinkedIn.