Knowing your rights as an Independent Contractor in Canada is imperative in making sure you are receiving what you are entitled to by law. According to Ontario’s Worker’s Action Center (2010) an independent contractor or self-employed individual is one that, among others, controls how the work gets done, can freely negotiate pay, is responsible for… Read the full article

Freelancing, remote work, flexible jobs, we have all heard about them, but what is their actual representation in the current flexible workforce labor market? More importantly, how is our Workhopper’s Community looking like today in the context of the current North American flexible workforce labor reality? Well, get ready Workhoppers, we are about to embark… Read the full article

This article originally appeared in the Westmount Independent February 25, 2014, written by Stephanie O’Hanley- A workhoppers.com review. Linda Singer, a Westmount resident, and Vera Gavizon of Cote St. Luc spent over a year in coffee shops carefully planning Workhoppers, a matching site for flexible and casual work. Though Workhoppers (workhoppers.com) launched in August 2012,… Read the full article 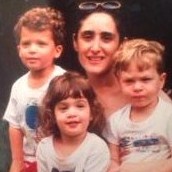 In today’s economy, more and more people are looking for various multiple streams of income and flexible work opportunities.  A Multi-level Marketing job is one such opportunity and offers so many choices to Gen Y, to Stay at home Moms and to anyone looking to earn an income while at the same time have flexibility… Read the full article

There are many reasons why a company would want to hire a flexible or freelance worker; a worker who comes into the office, with the right skill, when a company needs it. A worker that is willing to work on a temporary, contract, seasonal, gig, project or part time basis. Let’s face it, there are… Read the full article

Only 18% of small businesses are run as a partnership. Yet businesses with multiple owners are more likely to survive longer than sole proprietorships, says Brian Headd, an economist at the U.S. Small Business Administration’s Office of Advocacy. Average revenues for partnerships increased 157 percent since 1980, while revenues for the average sole proprietor decreased… Read the full article