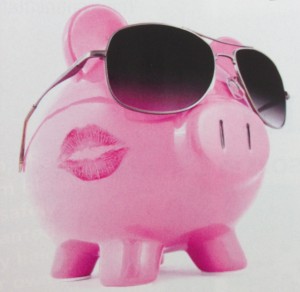 There are so many benefits to having a job while in university but having a sugar daddy employer is definitely not one of them. As a mother and a mompreneur who co-founded a company to help freelancers, stay-at-home moms, semi retired and students find flexible work I was flabbergasted when I came across a recent article in the Toronto Sun , “Canadian university students resorting to sugar daddies”. Upon reading it, I immediately texted my partner with a link to the article and a message of “Yikes, these students really need our help finding flexible work to pay for their college tuition.”

Indeed, the reality is that 6 out of every 10 Canadian students will graduate with debt. Canada is not alone. In the US the numbers are similar at two-thirds. A recent Forbes article stated that student loans in the US are the second highest form of consumer debt behind mortgages. According to the Consumer Financial Protection Bureau student debt has reached a record high of $1.2 trillion and this does not even include parent borrowing or the diversion of money from retirement savings or credit card debt.

Enter sites like seekingarrangements.com, a website that connects the older financially secure with a younger person willing to give companionship (i.e. sex) in exchange for financial gifts (i.e. tuition). Not surprisingly, there is a lot of emphasis on these sites to attract financially desperate students; who seem to be the main attraction to these old men and women. A Huffington Post article mentions that the website rewards students who use their .edu email address when registering by upgrading them with exclusive access to VIP sugar daddies (i.e. big spenders). The site also includes a complimentary stamp on their profile certifying them as a “college sugar baby”. According to CNN, seeking arrangements reports that 44% of its total users in 2012 were college students.

Ryerson University in Toronto had 183 new student members last year making it the top of the list in Canada. Following that is University of Ottawa (179), University of Toronto (156) and McGill (148) (CTV news). In the U.S., Georgia State (292), Temple University (268), and NYU (285), were the top three. Sadly the numbers are continuing to rise; the website reports a 46-per-cent increase in the number of university students who signed up in 2012. The membership cost to some sugar daddies can be as high as $2400 a year. Plus the average payout to a student is $3000 per month.

Vancouver is a special case with membership rising by 70% since last year. Maybe that is because Vancouver sugar daddies are the most generous with an average payout of $4301 per month. Just an interesting note, one third of these old guys are married. (CTV news)

When looking at totals, ABC news nightline notes that 90% of members on seekingarrangements.com are the daddies while 10% are babies. In 2011 they had more than 115,000 members.

You may wonder, as I did, how can this be legal? But authorities tend not to attempt prosecution as the relationship can mirror a typical romance. Further, users do not broadcast that they exchange sex for cash. The site discourages offering money on a per date basis to avoid being seen as an escort service. (CNN)

It is quite sad that some students, mostly educated women, feel that they must resort to this degrading, immoral, extremely dangerous way of life to pay off their college debt. There are alternatives. Go out and find yourself a real part time job. Yes the pay is lower and you have to work harder. But as the great Beverly Sills said “there are no short cuts to any place worth going”.