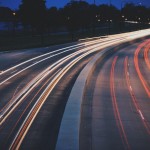 What are the best cities for freelance working Canada? As we explained here, Canada is a great place to establish a career as a freelancer.  In fact, according to Statistics Canada, four out of ten Canadians are self-employed or part-time workers. Freelance workers make up a strong portion of this group, as Canadians realize the lucrative benefits of steering clear of more traditional forms of employment.

In recent years, Canadian freelancers have capitalized on technology and online networking platforms to build strong businesses. Freelancer.com reports a 20% growth rate over the past year from its Canadian users alone. The top 5 Canadian cities providing work on the site are Toronto, Montreal, Vancouver, Calgary and Ottawa. However, these cities also have the largest populations, so a high demand for jobs comes as no surprise.

Workhoppers decided to take a more in-depth look at what makes a Canadian city ideal for freelancing. What makes cities better than others for freelancers? Housing prices, population growth, and median income are just some of the factors that we analyzed. Here are four cities that stood out in a research for Freelance working Canada:

Scoring number one on FDI’s “Large Cities by Quality of Life” ranking in 2011,the capital of Nova Scotia serves as a business, banking, and cultural hub for the Maritime region of eastern Canada. Not only is housing affordable in Halifax ($265,282 average house price), but the strength of its job market beats that of Ottawa, Montreal, as well as Vancouver, making it a lovely place to build a lucrative freelance business.

Finding this small Montreal suburb on our list might be surprising for some, but Boucherville was crowned as Canada’s best place to live by MoneySense this year. In fact, according to StatsCan, the city has low unemployment rate, affordable housing, and a high median income—one that passes the national average by roughly 20 percent! Freelancers in Boucherville have strong ties to networks in and around Montreal, providing them profitable client foundations and therefore better business models.

It is not just the large population that makes the nation’s capital an idyllic location for freelancers. Notably, freelance journalists thrive in Ottawa, by leveraging the political magnetism of the city. In the past five years, Ottawa’s population has increased by more than 6%, as young people flock to the city for the plethora of educational and occupational opportunities that the city has to offer.

Temperate in climate, and rich in natural beauty, Victoria is a city with a high quality of life and a high median income. Although Vancouver is BC’s largest and most global city, Victoria has both a lower cost of living and higher average monthly disposable salary than Vancouver, again factors that are important for freelancers, especially at the beginning of their careers.

Tell us what is special about freelancing in your particular city…

Written by Workhoppers,  the number one website for hiring freelancers in Canada.