Job Personality – What is yours?

What is your job personality? The stereotype of a leader is that of an outspoken, loud, sociable, celebrity-looking, sparkle-on-the-teeth kind of person; that is, personal and professional success seems to be stereotypically correlated with extroversion. In the world of recruiting  there is often discussions about extroverts vs introverts in the workplace .  It seems intuitive that an extrovert makes a better team leader than an introvert and this is a popular belief.  Not true says some experts. 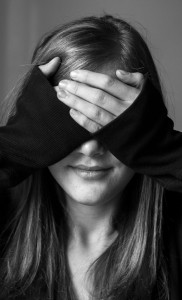 Throughout the decades extroverts have built a reputation of being passionate individuals who speak and get listened to, whereas, introverts have been mistakenly generalized and reduced to “shy”.  And after all, not many people will gravitate towards a shy boss or shy co-worker or shy mentor right? Ah, but that’s mistake number one: introversion ≠ shyness.

Extroverts are said to be individuals who get their personal energy from social encounters; in other words, extroverts flourish the most in social situations. On the other hand, introverts tend to re-charge their batteries in solitude. And that’s about it, introverts are not shy, soft-spoken, or afraid of public speaking by default, they just truly cherish their alone time.

For the longest time (in all the roles in my life: student, employee, leader, woman, etc.) I had never thought of myself as an introvert, after all, I have never been afraid of public speaking, enjoy meeting new people at parties, I am the first to ask a question when in doubt, and have no problem sharing my ideas with a team; “extrovert”-I thought- “for sure”.

In both my psychology undergraduate and HR graduate program, there was a lot of discussion about job personality and on extroverts vs introverts in the workplace.  Indeed,  I had explored Jung’s typological model and the subsequent development of the Myers-Briggs Type Indicator (MBTI) (widely used in the workplace), which identify four dichotomies to describe someone’s personality.

During class exercises I had to give some time to selecting my preference for three of the dichotomies, but “Extrovert or Introvert?”, “Extrovert”-I thought. You see, I have always been known to be loud and no one would ever use the word shy to describe me; and despite how much I have always enjoyed just being alone a lot of times, I liked thinking of myself as an extrovert, but why?

Historically speaking, Western culture has given enormous praise and value to characters who are brave enough to speak, to create, and share innovation, and rightfully so; but we have wrongfully awarded the success of many of these figures to extroversion. Abraham Lincoln, Charles Darwin, Albert Einstein, Bill Gates, J.K Rowling, Eleanor Roosevelt, Mahatma Gandhi, Rosa Parks, Audrey Hepburn, and countless others, where/are introverts; all of these figures needed time alone to reflect and compose their best ideas so they could successfully share it with others, and that’s exactly what they did.

So yes, I am loud and friendly, but I also rather stay in and watch a movie or go for a run  than go to a club or a party; that has always been me. I tend to think on my ideas alone so I can share them with my team later. I love my time alone and that does not make me a hermit.

One third of the population is said to be introverted, thus, you are likely to encounter many in the workplace. But having an introvert in the office does not mean anything other than he or she values solitude; he or she will not be less of a team player or a team leader, he or she will not be worse at presentations or social gatherings. Being an introvert is not better or worse than being an extrovert, it just means you run on a different fuel.

What is my job personality? I am introvert and proud of it, how about you?