Lean In Sheryl Sandberg and Women in the Workplace

Facebook’s COO and author of the bestselling book Lean in Sheryl Sandberg announced the release of a comprehensive study on the state of women in corporate America . The study, done by the LeanIn.Org  and McKinsey & Company , asserts that based on the current pace of progress, total gender equality in the workplace will take 100 years. 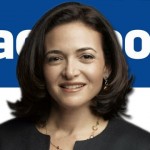 Sandberg took to Facebook to announce the publication of the study commenting:

“If NASA launched a person into space today, she could soar past Mars, travel all the way to Pluto, and return to Earth ten times before women occupy half of C-suite offices. Yes, we’re that far away.” Lean in Sheryl Sandberg

Like most people who read it, we were shocked. Workhoppers has two female CEOs, but for most companies, the make-up of the C-suite is quite different. Today, women remain underrepresented at every corporate level. Women continuously face more barriers than men. The study stresses that it takes much more than the classic work-family balance narrative to explain why women are leaving the corporate workforce and why their barriers for advancement remain so unbreakable.

Although corporations today are dedicated to workplace diversity, it is the corporate culture that prevents women from truly advancing. The study highlights a severe gender gap in ambition to take on leadership roles. Corporate culture makes it extra stressful for women to take on leadership roles. Why are these positions less desirable and more stressful for women?

For one thing, there is still inequality in the home. According to the study, even in households where both partners work full time, 40% of women report doing more childcare and 31% of women report doing more chores. Also, networking poses a specific challenge for women. Men tend to have men-only networks, and women tend to have women-only or mixed networks. Everyone prefers to hire within their network, meaning that men in upper-level positions are generally more likely to hire other men, effectively blocking women not only from entry, but continued success in the workplace.

This seminal study reminds us that despite the fact that gender equality in the work place has been a hot topic in recent years, we have not yet achieved full equality—there is significant work to do.

“Change is never easy,” Sheryl insists, “but we can achieve great gains faster than anyone believes. We reached the Moon in eight years of concerted effort—not eighty. Let’s bring that same urgency to this mission.”