There has been lots of talk recently in the news about the need to encourage companies to consider the local hire of temporary workers in Canada. This all came about when it was discovered that RBC had hired temporary foreign workers to replace their local hire employees. In a recent article by CBC news posted May 6, 2013 we learn that employers are hiring temporary foreign workers, through government supported programs, in the same jobs and locations that Canadians are collecting unemployment benefits.  Diane Finley, the minister of Human Resources and Skills development, becoming aware of the situation was forced to announce changes to the program making it more difficult for companies to hire foreign temporary workers. Encouraging companies to that the local hire of temporary workers is the way to go . This is good news for our Canadian economy. But more changes need to be made….

We recently wrote an email to Diane Finley to ask her to also consider the issue of companies outsourcing overseas through the internet. This type of overseas outsourcing is growing exponentially. Shouldn’t local temporary workers such as: casual workers, professional freelancers, moonlighters, semi-retired, stay at home moms, service companies,  consultants, the unemployed and university students be given equal opportunity to fulfill these project needs? These opportunities are often a foot in the door for a permanent job and a way to maintain or learn new skills. Many people choose to work on a contract basis, sometimes willing to sacrifice smaller wages for increased flexibility. We believe in free choice for companies and encourage initiative but  something should be done to encourage and assist companies to increase local hires. 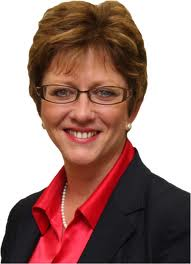 Member of the Canadian House of Commons
Diane Finley, PC, MP is a Canadian politician. She serves as Minister of Human Resources and Skills Development in the cabinet of Prime Minister Stephen Harper

Here is what we wrote:

With all the current discussion on protecting jobs in Canada from foreign temporary workers, we would like to point out and are wondering how the government will protect Canadian freelancers/temporary workers from having jobs being virtually shipped out to third world countries?

According to a forecast by one online staffing provider, companies of all sizes will hire twice as many online workers in 2013 (Staffing Industry, December 13, 2012).

Why would companies hire overseas when there are people in their own communities that need and would be happy to do the work and even willing to work for less money in exchange for flexibility?

Please ensure that companies look into hiring local people to fulfill these positions before looking abroad. This is a huge loophole that companies can get around to avoid hiring Canadian workers.

We feel so strongly about this issue that we have created a website ( www.workhoppers.com ) that facilitates companies to search for and find local freelancers to satisfy their temporary needs.

We have done much research in this area and are glad to share our findings and meet with you.

We are still awaiting her response!

Let us know what you think….