Millennials in the Workplace

As a group, the millennial generation tends to be more idealistic and more supportive of equality in society. The Public Religion Research Institute, recently conducted a large-scale survey of college-age millennials and found an overwhelming amount of discontent with social inequality among this group. 73% agreed that our current economic system favors the wealthy to an unfair extent and 69% agree that the government should do more to reduce the gap between rich and poor. Additionally, studies show that 74% of millennials support same sex marriage and they want women and men to be treated the same, therefore finding gender pay gaps to make little sense. These strong held beliefs help by millennials in the workplace, with their mindset in support of social equality, will impact the future of work. 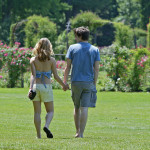 It has been millennials who have shown an overwhelming support for US democratic candidate, Bernie Sanders in recent months. His long-standing support for economic equality and women’s rights fits in perfectly with the millennial mindset. Within this next election year, as baby boomers continue to retire, it will be the millennials who will make up 36% of the American workforce, so workplaces can expect an influx of Sanders-esque millennial ideology. What exactly will this mean for companies?

The mindset of millennials is that they want it all and that they can have it all. Both men and women in the millennial generation want to have fulfilling careers as well as spend quality time raising their children. What’s the solution? For one thing, freelancing will increasingly become a normal way of life. Working from home and building a dynamic and flexible schedule is increasingly desirable in the younger generations. In 2014, Forbes predicted that in six years there could be more freelancers than full time workers. This will allow companies to save a drastic amount of money on benefits and workplace expenses seeing that freelancers generally do a large amount of remote work. This structure will allow both men and women to dedicate time to unpaid labor—housework and childcare, representing a reduction in gender inequality.

This new mindset is going to result in a push for balance in the workplace. Fewer workers are going to tolerate long-hours culture—as a result companies will have to work to deconstruct long-hours jobs and put an emphasis on job-sharing structures. Companies will have to invest in technology that allows them to communicate with remote workers. Boomers and Gen X employees will have to adjust to seeing fewer cubicles filled and conducting more Skype calls.

As freelancing becomes increasingly important in the modern workplace, Workhoppers.com will continue to be the best online hub to match freelancers with part-time and flexible jobs and for employers to find top-notch, enthusiastic workers in their area. Make a profile today!