Ana Doru is the $100 grand prize winner of the Workhoppers’ blog contest with  Life as a Freelancer – unfiltered. Do you know that feeling that you get when you wake up in the morning and you know you have to get to work? Yes, that feeling of resistance from your bed calling you and… Read the full article

There have been lots of articles lately on the growth of the gig economy. Major players in this industry like Freelancers Union in the US and Upwork have reported that 55 million Americans have joined the freelance economy, creating $1 trillion in earnings for 2015. Still the question has always remained: Is Freelancing happening by… Read the full article

Are you facing a career change decision? This can often be scary and exciting at the same time. But know that you are not alone. Some of the most famous people have gone through the same plunge and not only survived but thrived. Read on and get inspired. Oprah If you have ever been fortunate… Read the full article

Let’s face it, a typical freelancer does not have easy access to legal counsel. However, drafting a freelance contract that protects you before engaging in a client-freelance relationship is crucial. The freelance contract should be clear and concise while outlining the scope of the job and expectations of both parties.This blog will provide you with… Read the full article

The must know list of what NOT TO DO  during a job interview. 1- During a job interview recruiters will often ask “What companies are you talking with?” Don’t tell them! Keep the negotiation leverage. Instead your answer should be something like “I am enjoying talking to several interesting organizations”. 2- Don’t talk too passionately about the job.… Read the full article 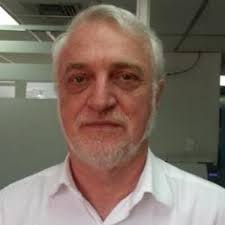 People Analytics or analytics recruiting is gaining importance in the way in which organizations seek talent. More specifically, we are talking about massive data analysis known as Big data. By leveraging more concise data and Big Data platforms in the Cloud, that work as intelligent human capital machines, it will lead us to the creation… Read the full article

Up to 2005, Linda worked full-time for almost 20 years in the same company as a Controller. A change of ownership of that company forced her to make a drastic career change. She then decided to become a freelancer. Her freelance career started to boom when Intuit launched Quickbooks online. Not only had she chosen to work on… Read the full article

Whether you are new to freelancing or a seasoned consultant, using online Networking platforms is an efficient way to find clients and promote yourself. Workhoppers provides you the venue to find freelance work based on your skills (for free!), experience, availability and more. The Workhoppers’ matching algorithm connects you (the freelancer!) with potential clients based on your profile.… Read the full article

It is clear that more and more professionals are seeking a life with flexibility. Some are looking to reach that magic point called “balance”, others are searching to start their own business and fulfill the need for entrepreneurship. In any case, the number of freelancers in North America and the world is increasing at significant… Read the full article

I recently attended the Women Techmakers  International Women’s Day Global Event Series “Our time to lead” held in Montreal at the Ecole de Technologie Superieure (ETS). It was an informative and inspiring event organized by two up and coming women in tech leaders and engineering graduates Laurence de Villers and Annie Caron. I am going… Read the full article