I recently attended the Women Techmakers  International Women’s Day Global Event Series “Our time to lead” held in Montreal at the Ecole de Technologie Superieure (ETS). It was an informative and inspiring event organized by two up and coming women in tech leaders and engineering graduates Laurence de Villers and Annie Caron. I am going to summarize and extrapolate the highlights of what I took away from the event to help spread the “our time to lead” initiative to promote women in tech. Women are significantly underrepresented in the tech world and it is time for change.

It is clear that diversity in the workplace benefits companies fostering innovation, creativity and problem solving skills. Diverse employees provide different points of view and perspectives and better serve a diverse marketplace. What better way to ensure that you understand and are satisfying the needs of your customers than by gaining input from women who represent 50% of the population.

With all the benefits of having women well represented in the workforce, why is it that the fast moving tech industry is falling behind in equality? Time is moving but women in tech are not keeping up. 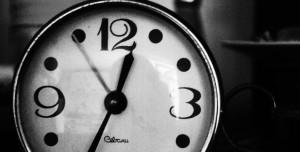 According to a recent Maclean’s article, despite an increase of women in tech with STEM degrees the percentage of women actually working in STEM fields has barely changed in almost 30 years. In 1987, 20% of the STEM workforce was made up of women. Today it is only 22%. According to the Department of labor, only 11% of all engineers in the U.S. are women and women account for 26% of all American coders. What astonishing and disappointing statistics!  According to Nancy Naluz, the founder of Ladies Learning Code (Montreal), developer at Dynamo and speaker at WTM, 52% of women leave the STEM industry due to hostile environments, isolation and job pressure. In “Why there are still too few women in Stem” by Zane Schwarz (Macleans, 2015) we learn that women are being forced out of these careers, not because of the need to balance family life but because of what Nancy discussed. Women are being discouraged and feel unwelcome. Nancy also pointed out that women characteristically won’t apply to a job unless they match 100% of the criteria for the position while a man will, as long as they have a 60% fit. Further, it is hard for girls not to know everything and the profession of coding is a learning process where the unknown is commonplace. 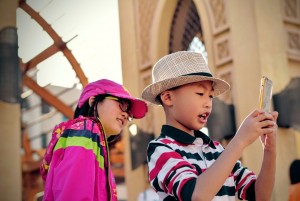 When it comes to recognizing women’s work the numbers are also disheartening.  Between the years 2004-2014 only 12% of research awards of 200K or more were given to women by the NSERC.  Alex Bond, a professor at the University of Saskatchewan who did research on the gender of the NSERC winners, sites that this is not due to the low numbers of women in the field but rather that brilliant female scientists are being passed over all the time.

Women are paid, on average, 7.5% less than men in the STEM fields.

Stack Overflow, a community of 4.7 million programmers helping each other, conducted a survey (2015) of over 28 thousand participants which revealed an astonishing gender imbalance amongst software developers. Among the participants 92.1% were male and only 5.8% were female.

With a hostile and discouraging work environment, a propensity to be partisan to jobs of certainty, and lower pay rates it is no wonder that women are not well represented in the tech industry. Women need to get more involved in tech. Technology strongly influences society by both improving and worsening the human condition. The importance of technology is undeniable. Women must be more involved in and help direct and steer future development.  Indeed it is “our time to lead”. 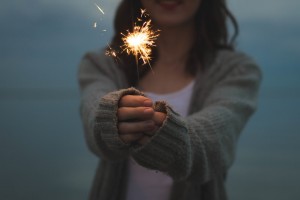 What can be done to change the status quo of women in tech?

– Have at least one woman on the hiring team

– Interview at least one woman for every tech opportunity

– Have a welcoming work environment to keep women in the profession

– More Women educational organizations such as Girls who Code

Written by Linda Singer, Co-founder of Workhoppers.com; where companies connect directly with local professionals for freelance and part-time work opportunities. No commissions. No middleman.