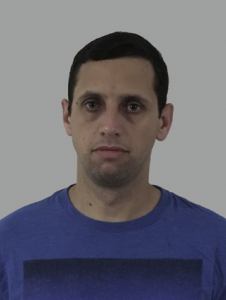 
Skills:
I have a Associate's Degree in Analyst Programmer and a certification in Ethical Hacking.

I started to work more than ten years ago as a Software Developer (mostly Java) and about six years ago I converted to Linux System Administration and in the last few years focused in the Devops path.

I have experience managing application servers like Tomcat and JBoss (a.k.a. Wildfly), configuring Nginx and Apache in the most varied ways and I am very experienced on HAProxy and OpenVPN.

I have been working with AWS for the last four years, using most of the available services like Cloudformation, VPC, EC2, ECS, ASG, RDS, Route53, Redshift, SNS, SES, S3, Lambda, Elastic Cache, etc.

The largest project I took part in, I was in charge of more than six hundred servers across six environments which included about one hundred and twenty production's servers managed with Puppet and Cloudbolt deployed in vSphere and AWS using Jenkins for deployments.

I have had to deal with MySQL and Postgres from simple installations to cluster mode, configured of backups and did fine­tuning of MySQL configurations.

I am a passionate code writer and my motto is: "if you have to repeat this, script it!".
I can write scripts in Python, Bash, Perl and Java and any other language, just need to learn the syntax and some rules.
In the last projects that I have participated I have been working a lot with Cloudformation, Ansible, Terraform and Vagrant.

I'm a Spanish native speaker but also have a High Proficiency in English.